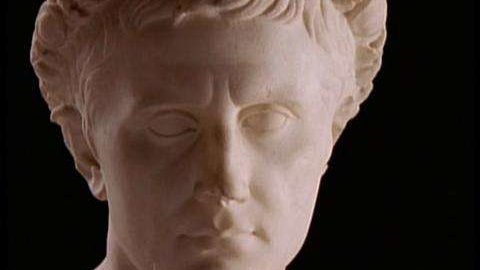 I, Caesar - Augustus
Available on Kanopy

Caesar's military brilliance forged a new Rome, but it was Augustus' political genius that made it an empire for the ages. Despite being Caesar's nephew and adopted heir, Augustus struggled for thirteen years to consolidate power. Finally declared emperor by the Senate, he oversaw a period of growth and prosperity marked by extraordinary artistic achievement and rapid expansion of the empire. I Caesar chronicles the life and rule of the first true Roman emperor, who boasted that he "found Rome brick and left it marble."